Our Doctors at Grand Island 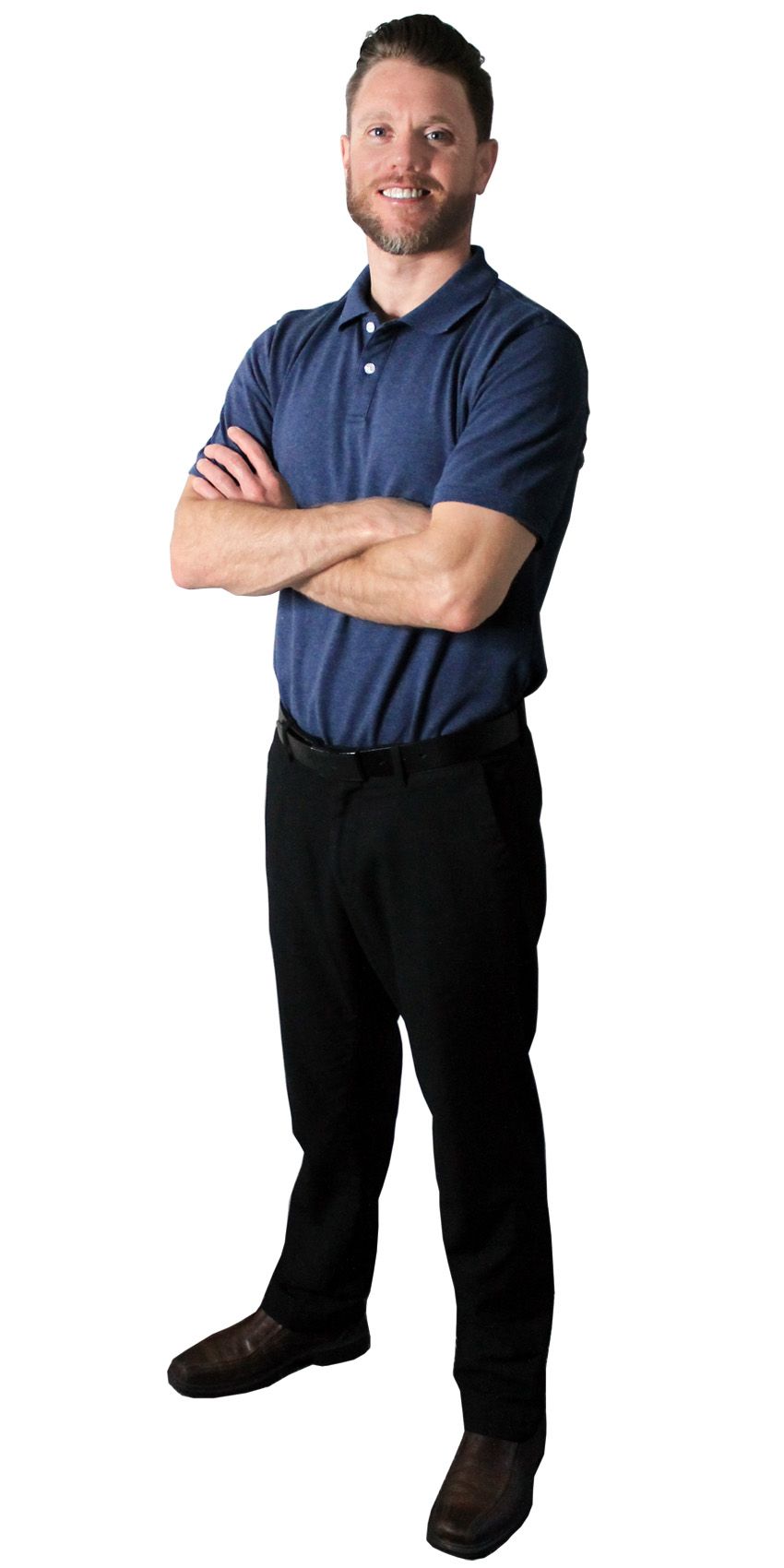 Dr. Hayman is excited to be back in Grand Island with his wife and young daughter. He is passionate about health and wellness and is thrilled to share that passion with the people of central Nebraska.
​​​​ 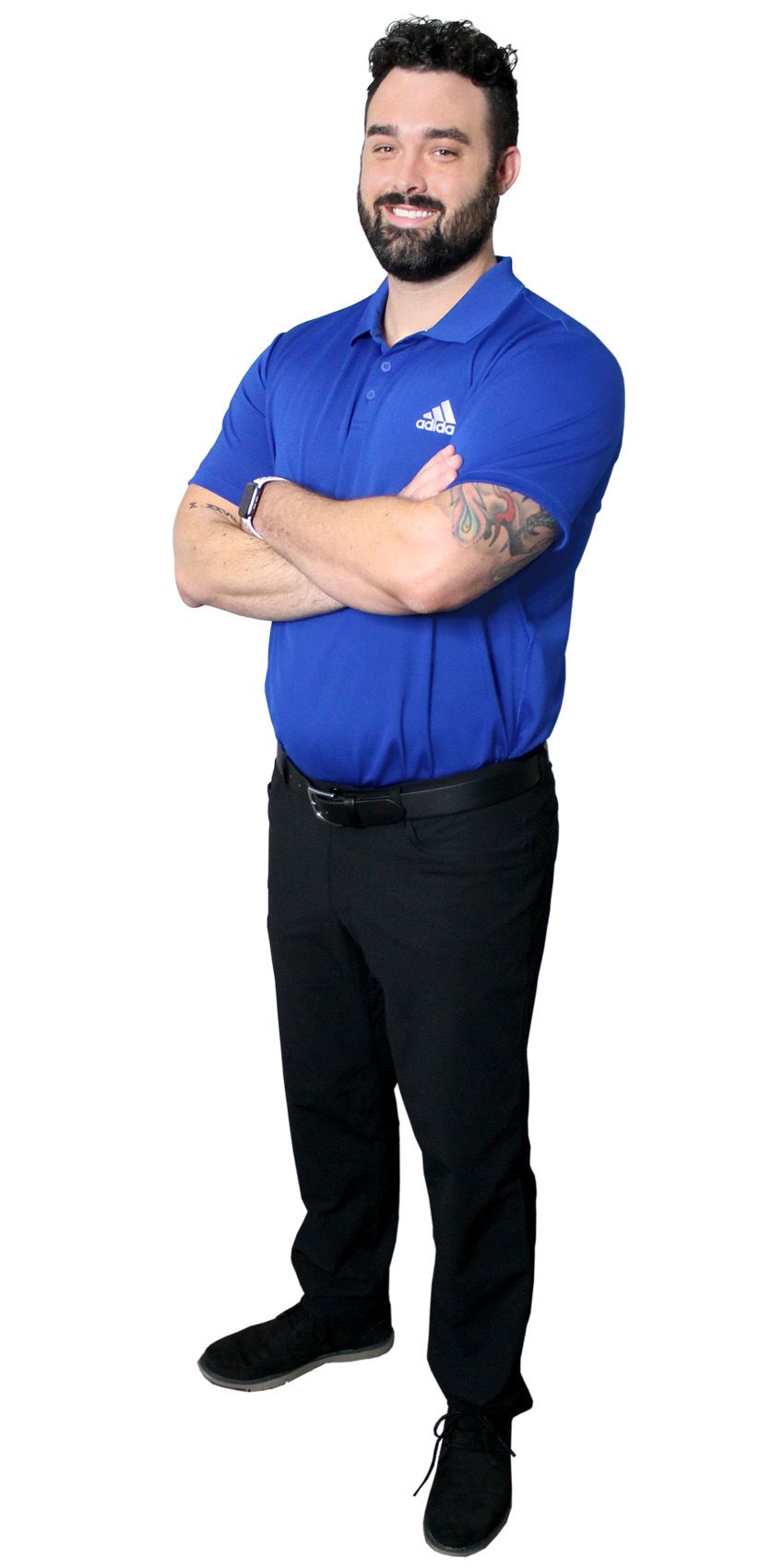 Dr. Joe was introduced to Chiropractic after experiencing chronic pain following an injury received while serving in the 82nd Airborne Division. He attributes his return to pain free living to Chiropractic care.

Dr. Joe, his wife, and young son are proud to call Nebraska their new home. He looks forward to providing the best Chiropractic care to the community of central Nebraska. 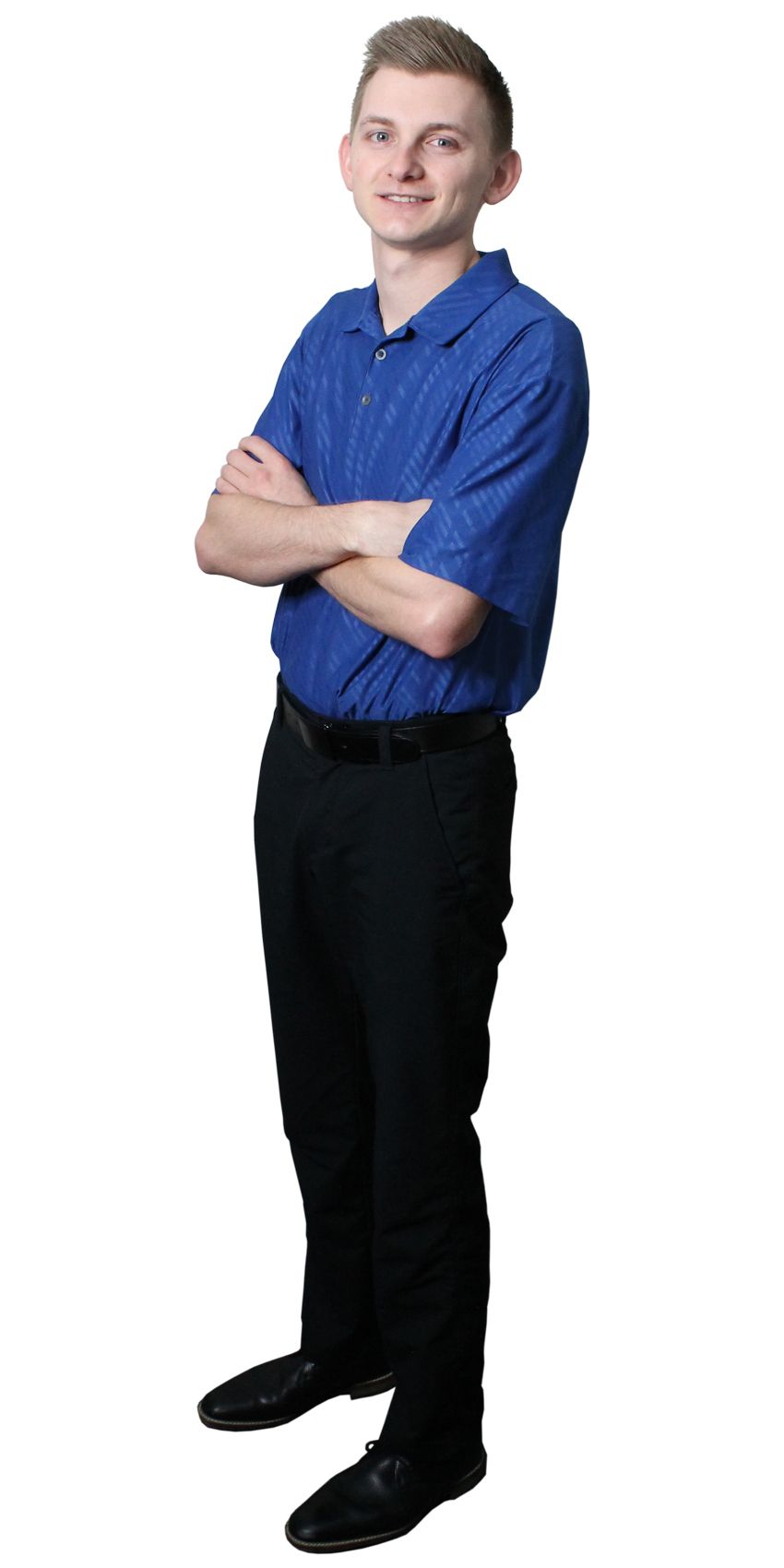 Dr. TJ Ostransky is a small town Nebraska native, growing up in Fullerton, NE. He received his bachelors degree from Wayne State College. Dr. TJ earned his Doctor of Chiropractic through Cleveland University in Kansas City. While attending Cleveland University, he had the honor of seeing patients through an internship at the Kansas City Veterans Hospital.

Outside of treating patients in the office, he enjoys spending time outdoors, golfing, and attending sporting events. Dr. TJ is excited to be back in central Nebraska with his fiancé and sharing his passion for health and wellness through chiropractic care. 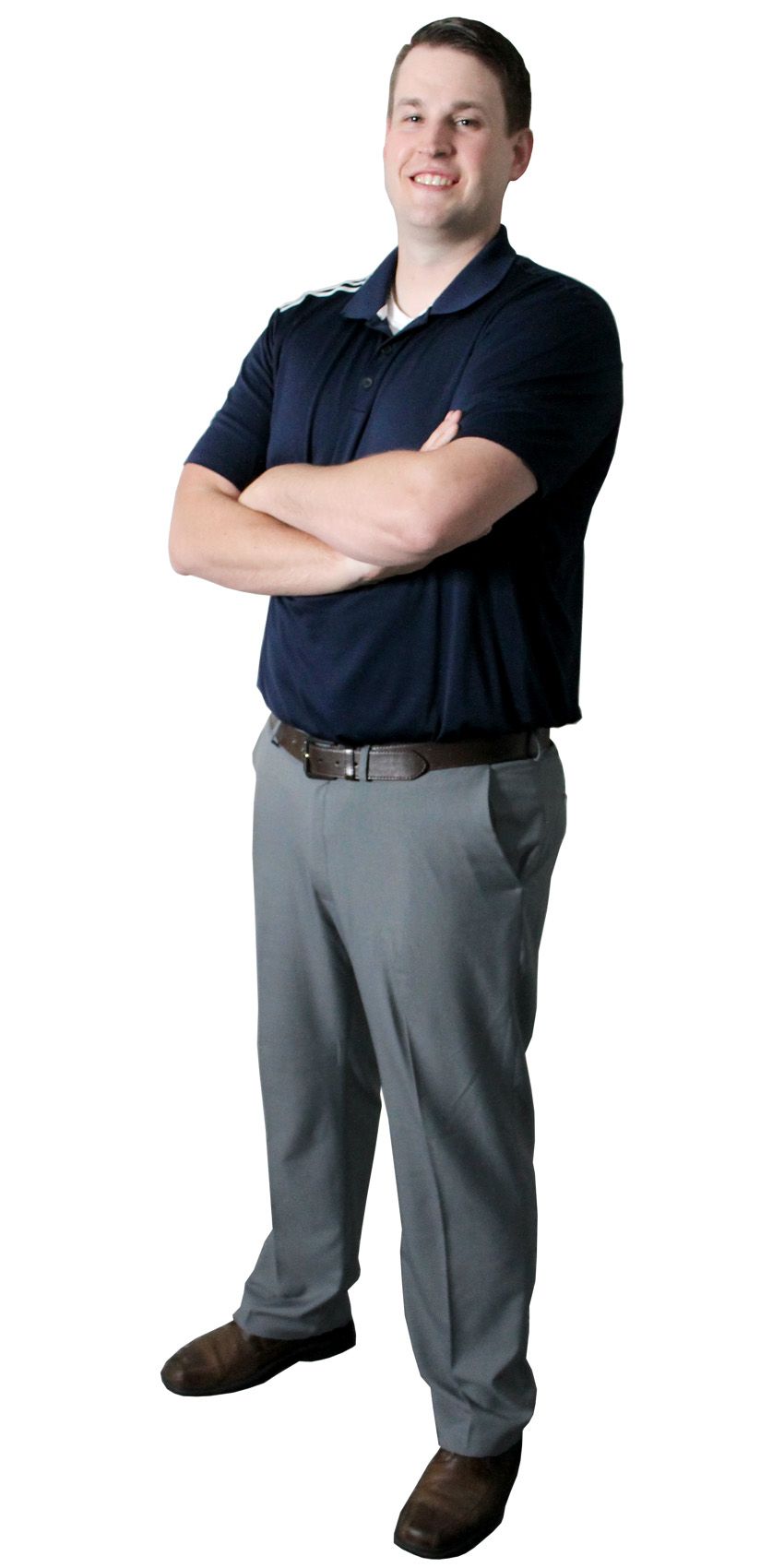 Dr. Andrew Brugman grew up in Albion, NE and graduated with a bachelors degree from Nebraska Wesleyan University. He earned his Doctorate of Chiropractic from Cleveland Chiropractic College. Dr. Andrew is certified in Leander Technique and functional and kinetic treatment with rehabilitation (FAKTR). He has been getting adjusted since a basketball injury in Junior High, where he avoided having surgery thanks to Chiropractic. Now he is motivated to give people the same opportunity to have their health and activities they love back through something natural like Chiropractic! 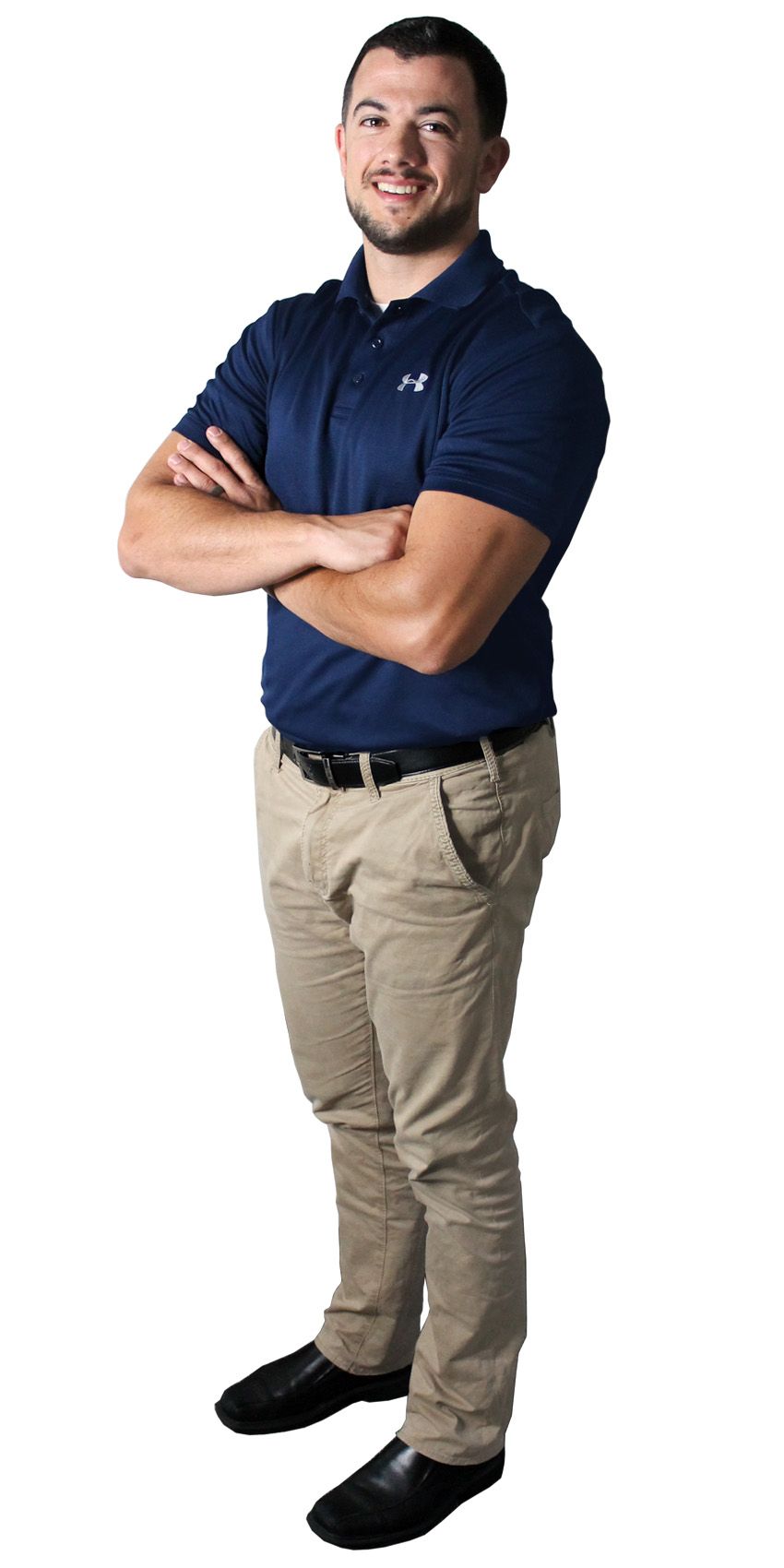 Dr. Adam was introduced to Chiropractic after suffering a severe injury while participating in high school football. He attributes his medically unexpected return to sports to Chiropractic care. He is now dedicated to serving as many people as possible with Chiropractic care so they too can experience a life of true health and well-being. 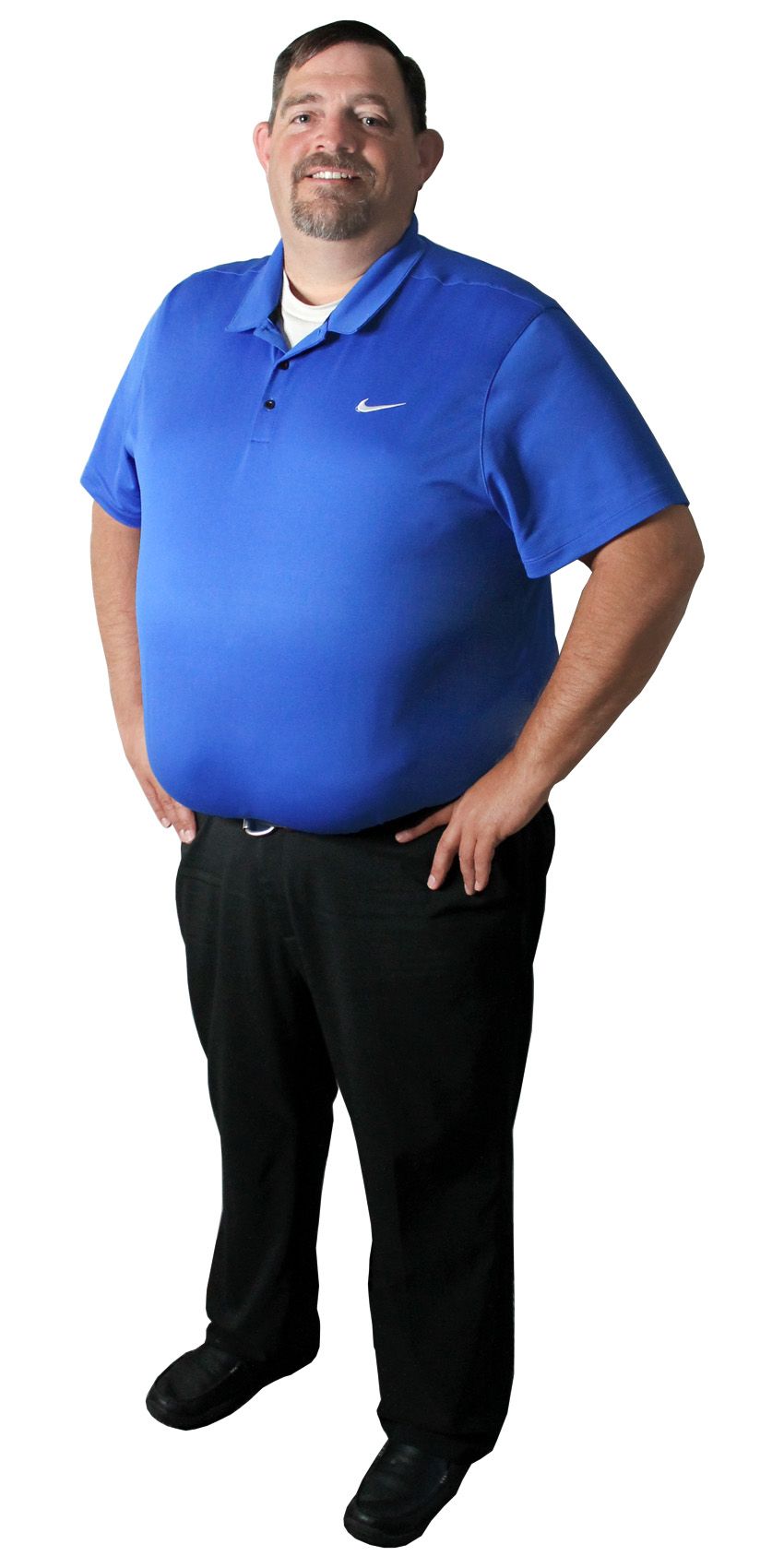 Born and raised in the Sandhills, Dr. Gavin is proud to serve the health care needs of central NE. Growing up on a farm near Ericson, NE, his family made frequent trips to Grand Island for groceries and other needed supplies. Dr. Gavin completed his pre-chiropractic courses at the University of Nebraska at Kearney. He then went on to chiropractic school in Kansas City. Dr. Gavin graduated in 2001 from Cleveland Chiropractic College. He earned his Doctor of Chiropractic degree, as well as, a Clinic Service Award, and Certificate of Appreciation for being an outstanding teaching assistant.

Dr. Gavin resides in Grand Island with his wife and 4 kids. While he continues to put his years of experience to work improving the health of Grand Island and surrounding communities. 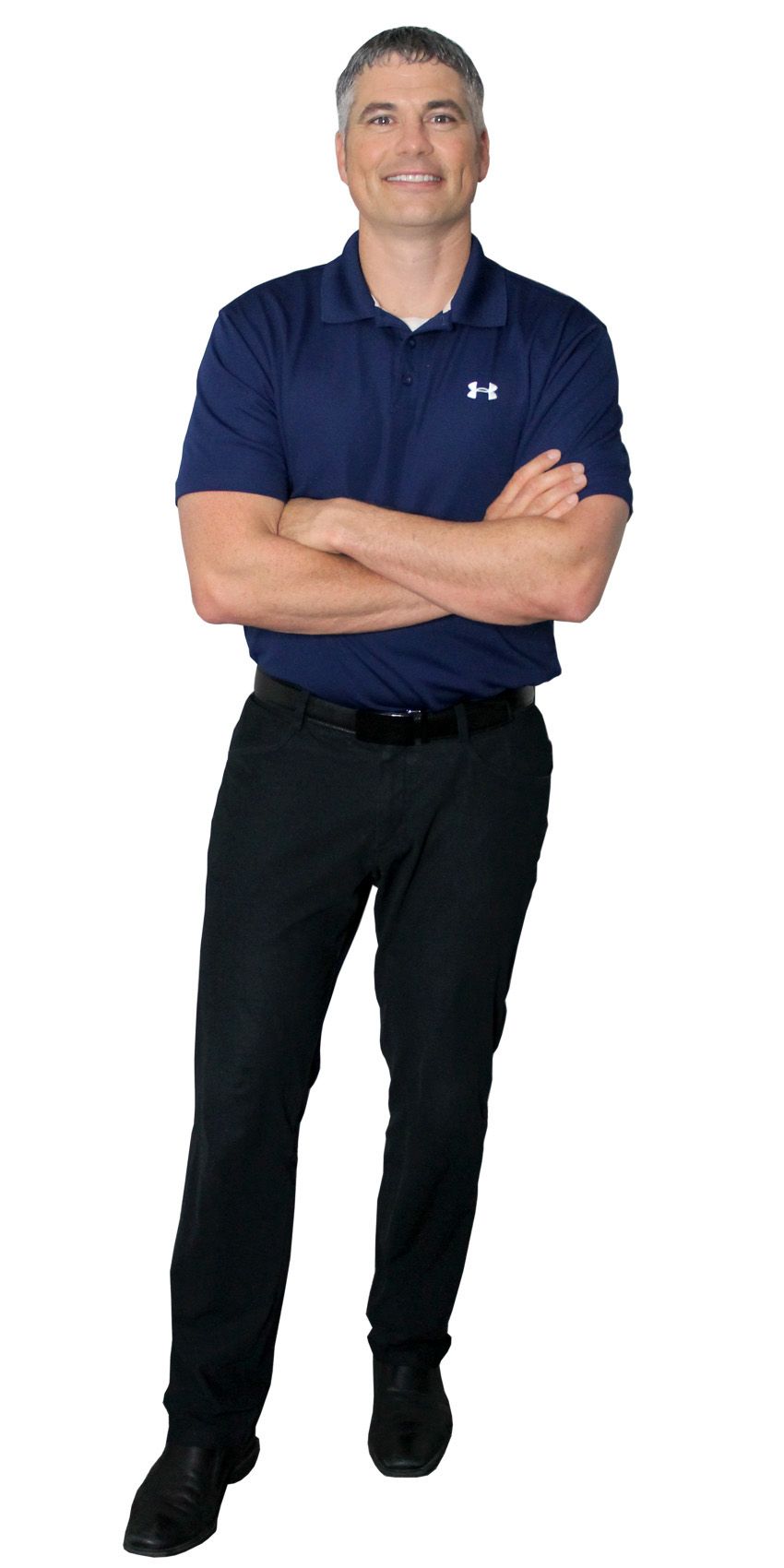 Active Family Chiropractic & Acupuncture is a comprehensive facility ready to serve the healthcare needs of you and your family. Dr. Rief is an experienced chiropractor and continues to keep up-to-date on the changes and advancements in the chiropractic field. Our staff of chiropractic assistants are well trained in office procedures, patient care and insurance. They are highly qualified to answer any questions you may have. It is the policy of Active Family Chiropractic & Acupuncture to help our patients realize their total health potential by maintaining wellness. We strive to provide an atmosphere that will recognize and nurture each patient’s individuality and beliefs.
​​​​​

Our Doctors at Hastings 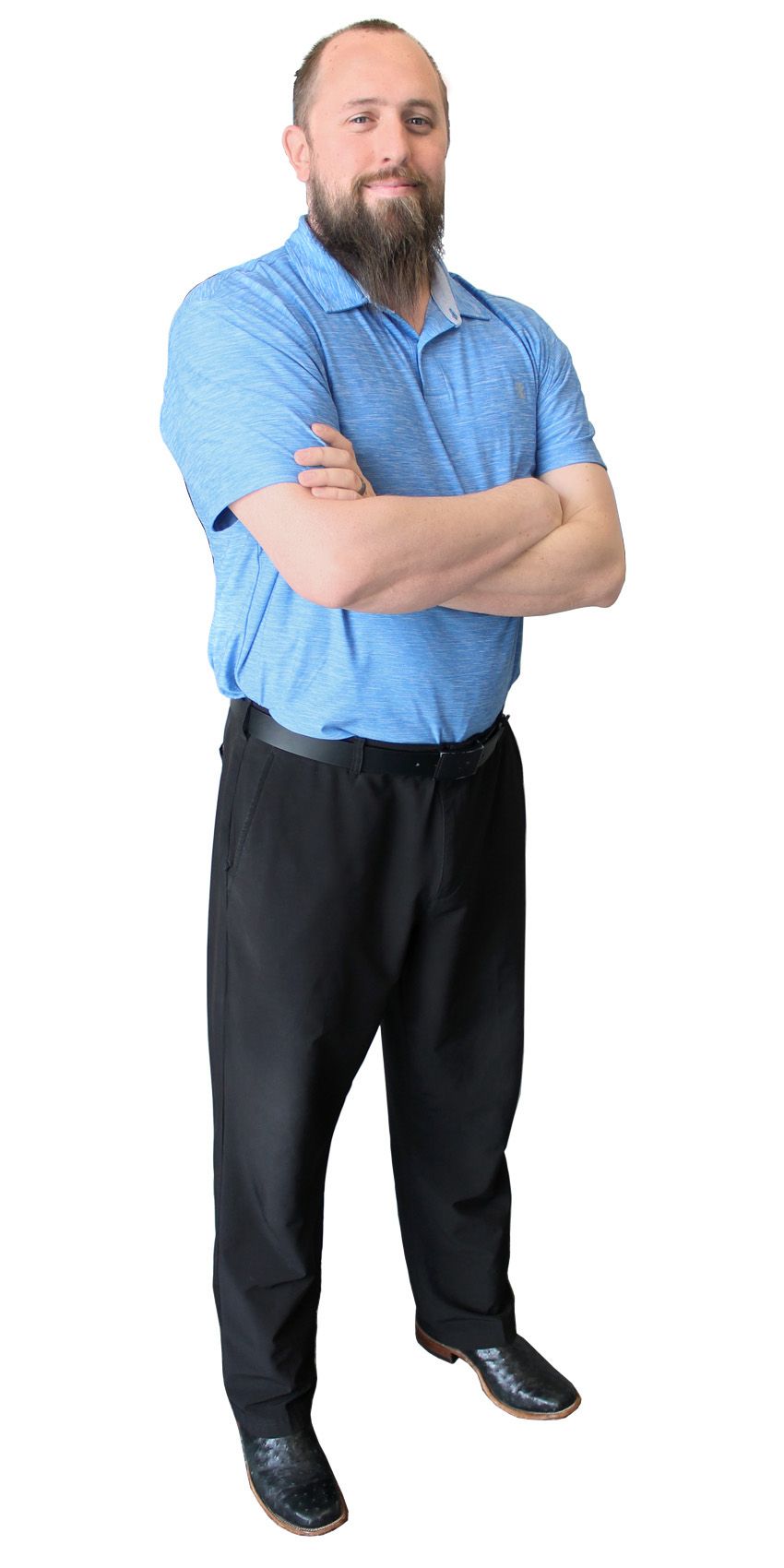 ​​​​​​​Originally from Lincoln, Nebraska, Dr. Josh Grammer joined Active Family Chiropractic & Acupuncture in July 2018. He has been working at our Hastings location since May 2019. He has been in practice since graduating from Logan College of Chiropractic in April 2011. When not treating members of the community, he enjoys spending time with his wife and daughter. 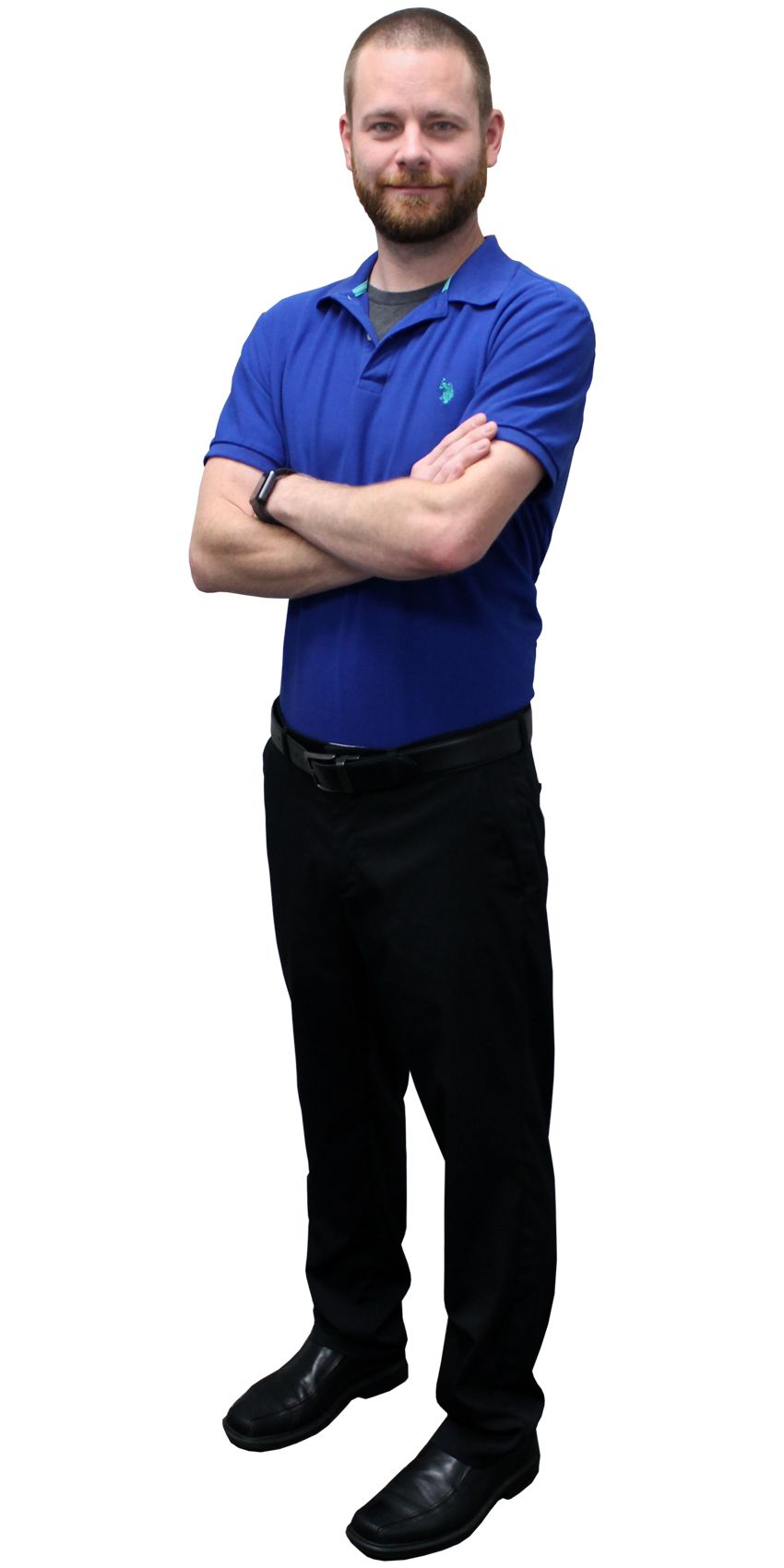 Dr. Eric is a Kearney native that received his undergraduate degree from the University of Nebraska at Kearney in Exercise Science. He continued his education at Sherman College of Chiropractic in Spartanburg, South Carolina for his doctorate in chiropractic. He is also activator certified.

Dr. Eric is happy to be back in the tri-cities area sharing his passion, with his wife and their young son. When not in the office seeing patients, he enjoys being with his family, cooking and gardening. 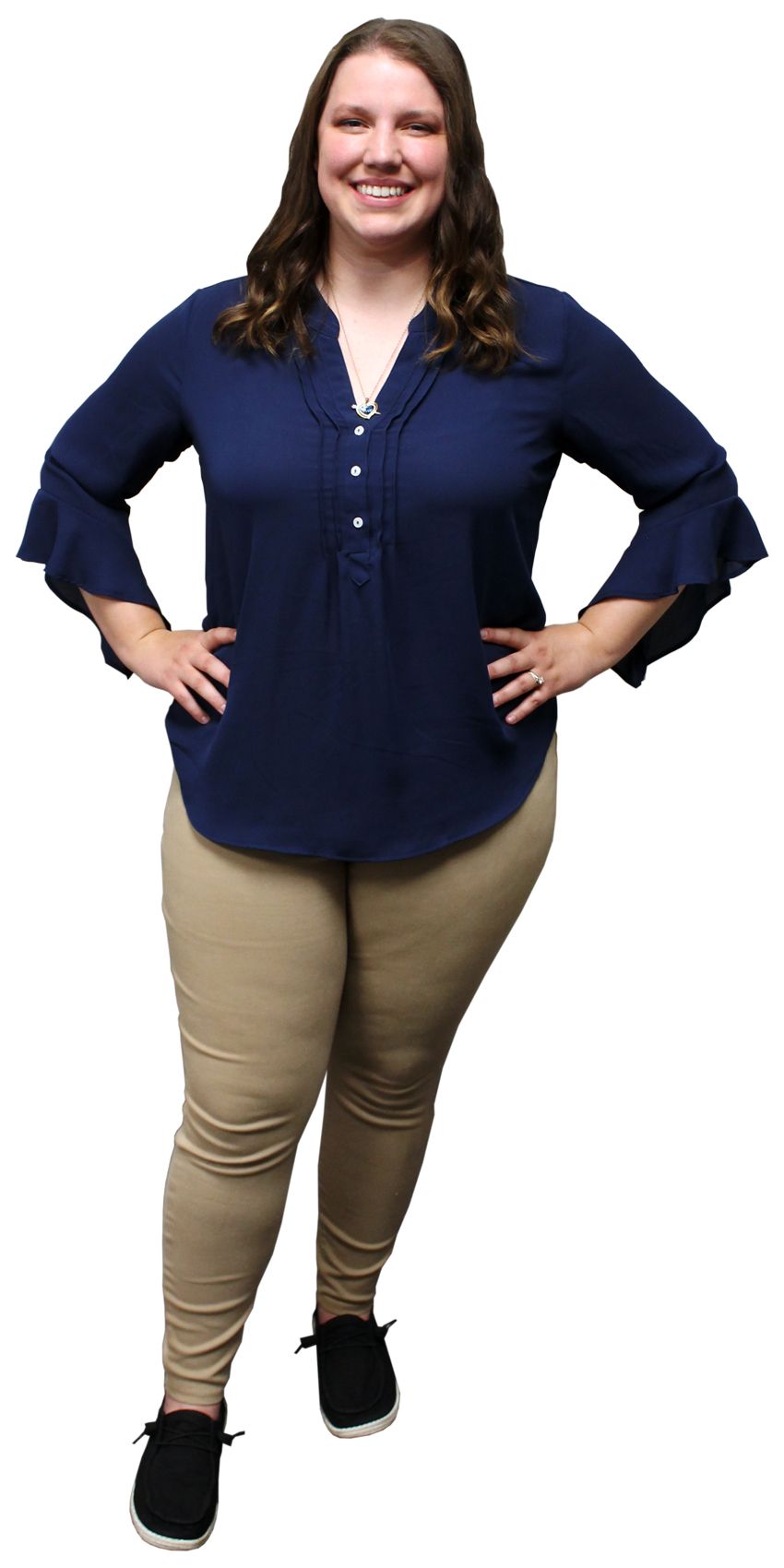 Dr. Amanda Kathman grew up in a small lake town in MO. She received her bachelor’s degree from College of the Ozarks and went on to earn her Doctorate of Chiropractic from Cleveland University.

She recently moved to Nebraska with her husband. Besides treating patients, she enjoys spending time with family and friends, crafting, redoing furniture, thrift shopping, reading, yoga and spending time outdoors.

Our Doctors at Kearney Born and raised in Hutchinson, KS. Dr. Stephanie attended Hutchinson Community College and then transferred to Cleveland Chiropractic College, where she earned her Bachelors Degree and Doctor of Chiropractic concurrently in 2009. She is certified in acupuncture, spinal decompression therapy, pediatric care and pre-natal care, including the Webster technique.

She has been getting adjusted since she was a child and is excited to be adjusting little kids everyday! She is very happy to call Kearney home and to serve the area with great chiropractic care.​​ 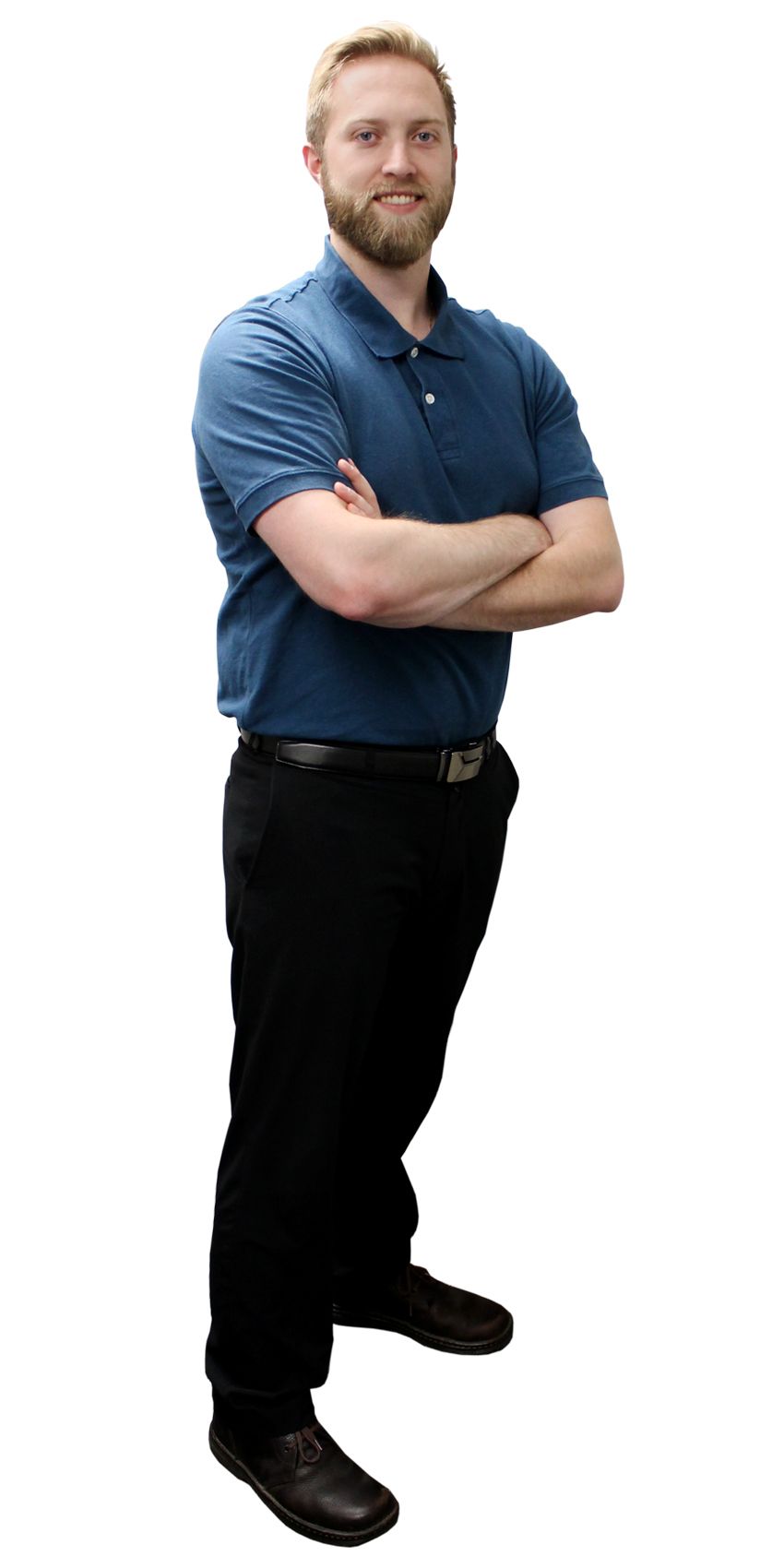 Dr. Matt comes from a family of Chiropractors. His parents met at Logan University, in St. Louis, the same chiropractic college that Dr. Matt met his wife at 25 years later. Prior to joining Active Family Chiropractic and Acupuncture, he had the privilege of working in several different offices, including both small businesses and large clinic settings. These experiences gave him the opportunity to learn how to communicate with his patients, and how to efficiently deliver the individualized health care his patients deserve.

At Logan University Dr. Matt received extensive training in rehabilitation, nutrition and athletic care, and pediatrics. He also has first-hand experience on how regular chiropractic care has helped patients recover as quickly as the body could; while maintaining optimal health. Dr. Matt has spent his time in school learning many different techniques of chiropractic but honing his skills in the Gonstead style of adjusting.

Growing up, Dr. Matt was a multisport athlete, and the chiropractic care he received, kept him healthy on and off the field. He is excited to be able to share his passion for sports and his passion for health with the families of Kearney and surrounding areas. 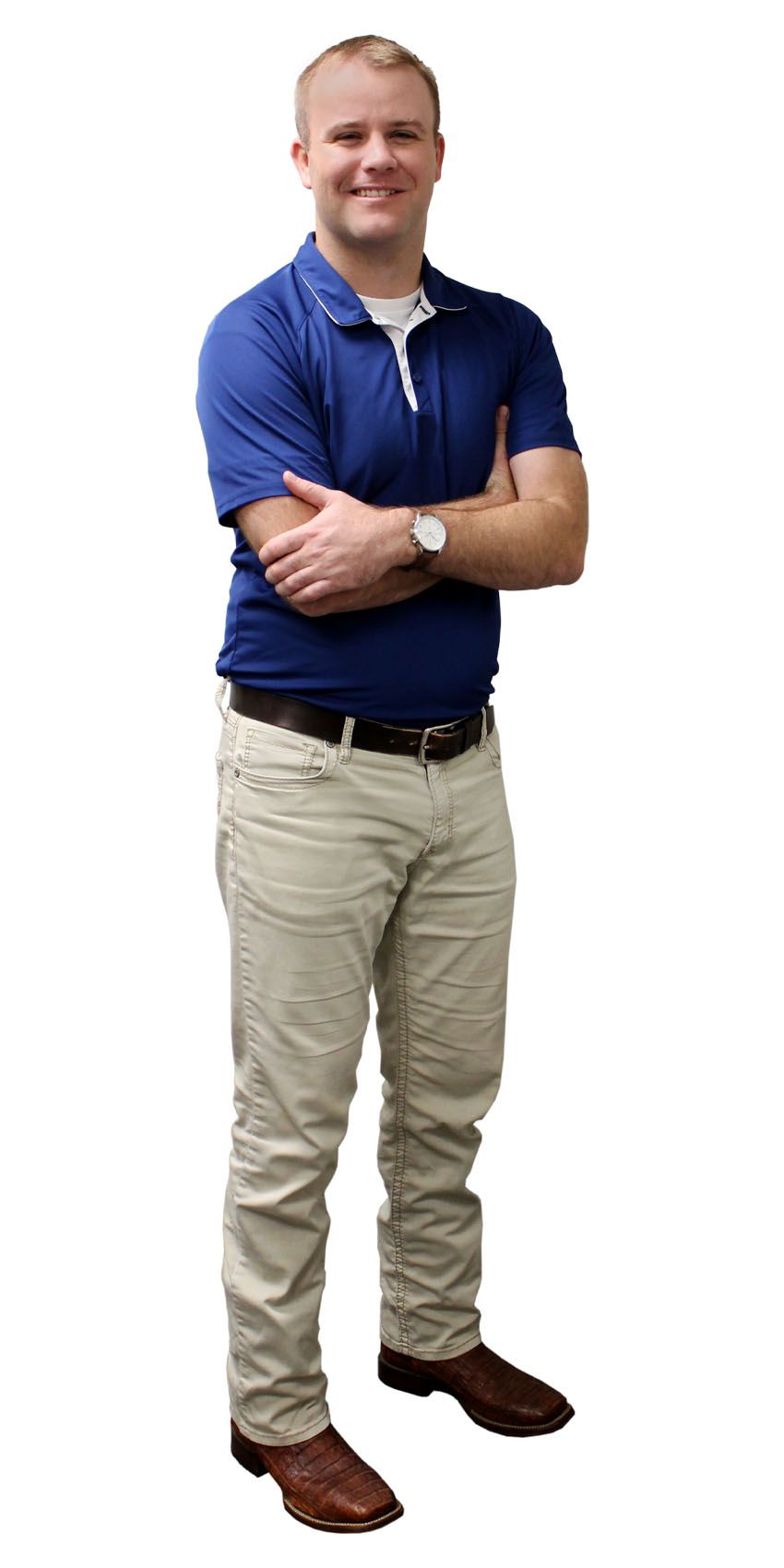 Dr. Brunk was born and raised in St. Francis, Kansas. He grew up helping on the neighbors farm and was actively involved in high school with wrestling, football, livestock judging, shooting sports and helping out at his dad's mechanic shop. After a wrestling injury, Dr. Brunk was first introduced to chiropractic and pursued his chiropractic career since high school.

Dr. Brunk's undergraduate work consists of an Associate of Science degree from Colby Community College and a bachelor's degree in Exercise Science from Fort Hays State University. He went on to earn his doctorate at Palmer College of Chiropractic in Davenport, IA in the spring trimester of 2021. During his time there, Dr. Brunk found his niche with hands-on techniques such as Gonstead, Diversified and Thompson.

In his free time Dr. Brunk enjoys playing chess, fishing, hunting, and riding dirtbikes. He believes in the principle that with a proper diet, exercise and regular chiropractic care, the human body will function most efficiently and properly. He's excited to be a part of the central Nebraska area where he can serve the surrounding community.

Our Doctor at Columbus 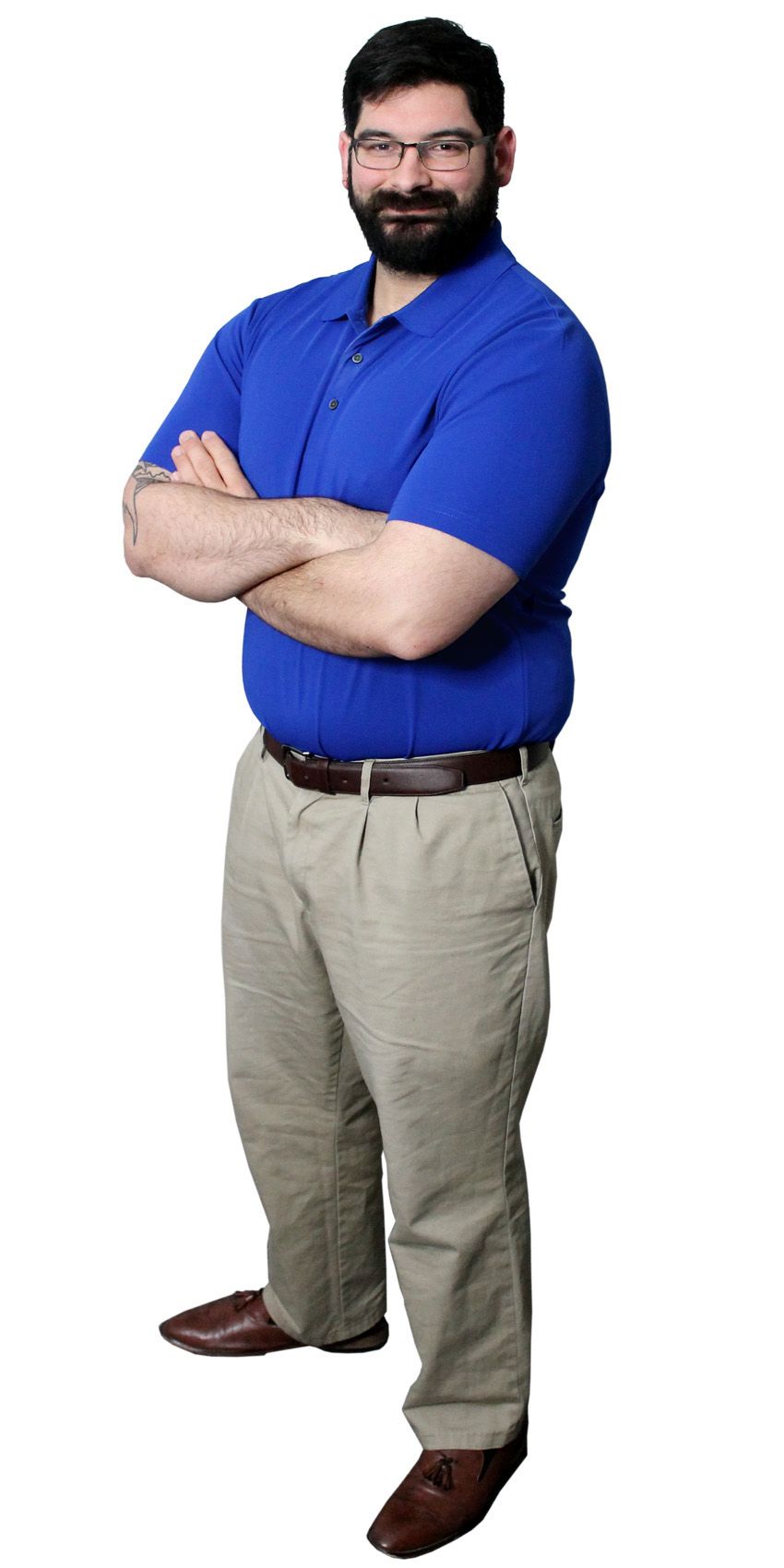 Dr. Chris was born and raised in Omaha, Nebraska. He was raised with a strong work ethic and could often be found helping neighbors and doing jobs to help further his community. He studied at the University of Nebraska in Omaha where he recieve his bachelors degree in health and kinesiology. These were the foundational skills that would propel his passion for health and human anatomy.

Dr. Chris was eager to graduate from Palmer College of Chiropractic in Davenport, Iowa. He was quick to develop his hands on skills and techniques used in the offices. He has always has a keen interest on how the body and mind work, which has only fueled his passion and ambition for chiropractic.

Dr. Chris has been getting adjusted since a young age and is excited to be able to give back to the community. In his spare time he can often be found in the gym or spending time with his pets. 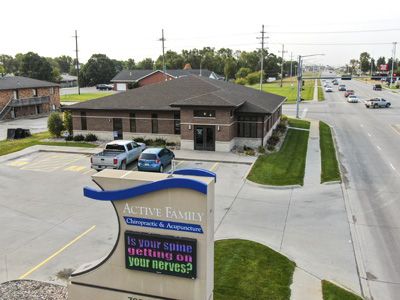 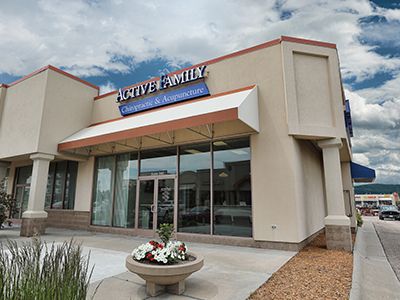 At Active Family Chiropractic & Acupuncture , we provide the highest quality chiropractic services to all of our patients. Schedule your appointment today!

We've copied your review, after you click 'Publish' please paste your review by selecting 'ctrl' + 'v' into the review comments section.